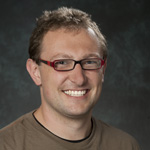 June 24th, 2010 was a momentous day in Australian politics. One could not help but feel a sense of history as Australia’s first female Prime Minister was sworn in by Australia’s first female Governor-General.  The events of the day also highlighted the rapid demise of Kevin Rudd, from the messianic election victor of 2007, riding high in the poles as late as Christmas last year, to today’s loser, ousted with not a shred of credibility left intact.

How did the Labor colossus come to grief so quickly?  The 2007 election victory gave the Rudd government a huge store of political capital with which to prosecute a reform agenda and address the most pressing problems of the day.  Today, that well of political capital has long run dry, the Rudd government having exhausted it to achieve absolutely nothing.

Climate change was the critical issue.  Whatever your views on climate change, the fact remains that a large majority of Australians have demanded urgent action to tackle the problem.  Rudd’s biggest mistake here was to engage in the politics of hot air by mouthing dark rhetoric of civilisational collapse, only to discard the CPRS legislation for three years.  If Rudd really believed climate change represented a threat of the magnitude he presented it to be, the government would have called a double dissolution election to force the legislation through.  When the CPRS was discarded, Rudd’s credibility was completely lost. This was such a poor reading of the tea leaves, such a breathtaking act of political buffoonery that it defies explanation.

Rudd’s second mistake was to engage in the politics of too-clever-by-half by embedding two policies within one piece of legislation, such that the implementation of one policy was made conditional on the acceptance of another more controversial policy, as in the case of the Renewable Energy Target Scheme and the CPRS.  To Rudd’s advisory team this must have seemed like clever politics but to the rest of Australia, it wreaked of petty antagonism.

Rudd’s third mistake was to engage in policy-on-the-run, announcing poorly formulated policies without substantive consultation with Cabinet and relevant government departments in order to distract the electorate from other issues.  The government’s health care reforms are a case in point, presented to the public at the height of the home insulation debacle.

The Liberal Party, however, does not offer a credible alternative.  Credibility is a problem here too, given Tony Abbott’s self-confessed inability to tell the truth without a script and the astounding hypocrisy of the Coalition’s climate change policy, offered by a Party leadership that is on record claiming that climate change is a myth.  Abbott’s childish “great big new tax” slogan seems to be pitched at an age demographic well below voting age.  Nor is Abbott immune from the urge to make policy-on-the-run, as his off-the-cuff pronouncements on paid maternity leave suggest.  Any person who can complete a 14-hour triathlon should be respected for their physical prowess and mental strength, but as a potential leader offering policy substance, Abbot falls well short of the mark.

Australia is not the only country in which voters are becoming fed up with a model of politics characterised by a superficial contest of personality and symbolism between parties that have essentially identical policy platforms on key issues.  Both Labor and the Liberals should take note of the growth of alternative political forces in other Western democracies dominated by bipolar politics, such as the Liberal Democrats in Great Britain and the Tea Party Movement in the United States. We should not be surprised if a similar trend arises here in Australia as a growing number of voters abandon the politics of hot air practiced by the Labor and Liberal parties in favour of alternative options promising substance, be that the Greens, the Nationals, or independent candidates.

This style of politics is incapable of responding to the pressing issues of our time: in addition to the onset of climate change, we are faced with an ongoing global financial driven by private and sovereign debt, a related domestic housing bubble driven by unsustainable levels of private debt, climate change, and growing energy insecurity.  None of these problems can be properly confronted within the current model of adversarial bipolar politics in Australia.  This failing model favours short-term expediency over the long-term national interest.

The lesson of Kevin Rudd’s demise for both major parties is this: the public’s tolerance of the politics of hot air has come to an end. The time for politics of substance has arrived.

Benjamin Habib is a Lecturer in Politics and International Relations at La Trobe University, Albury-Wodonga. Ben’s research project projects include North Korea’s motivations for nuclear proliferation, East Asian security, international politics of climate change, and methodologies for undergraduate teaching. Ben undertook his PhD candidature at Flinders University in Adelaide, Australia, and has worked previously the Australian Department of Immigration and Citizenship.  He has spent time teaching English in Dandong, China, and has also studied at Keimyung University in Daegu, South Korea.