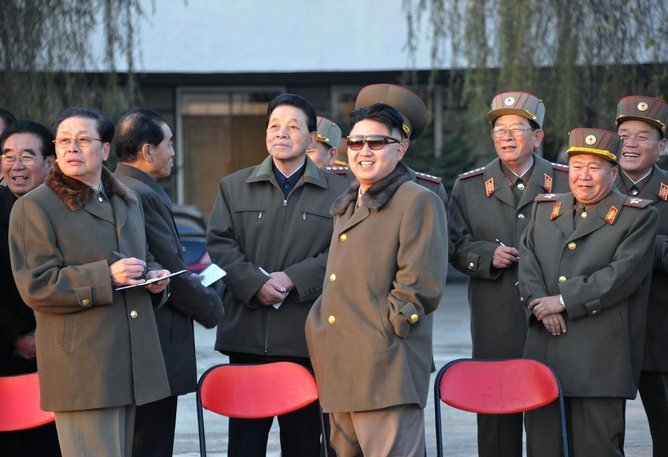 According to Korean Central News Agency, the satellite is slated to launch from the regime’s facility in Pyongan Province between the 10th and 22nd of December, atop an Unha-3 rocket similar to the one which exploded after take-off in April.

After the failed April 2012 launch I wrote that like many of North Korea’s periodic provocations, that event could be interpreted in terms of North Korea’s international bargaining leverage and domestic regime legitimacy, in addition to evaluating the North’s technical prowess in rocketry.

This appeared to be another in a long line of Pyongyang’s engineered crises intended to maximise its bargaining leverage before, during or after a negotiating round in the Six Party Talks or bilaterally with the United States. Pyongyang has pursued a coercive bargaining strategy that utilises deliberate, directed provocations to obtain material rewards in exchange for de-escalation.

One could certainly make this case for the failed April launch, coming in the wake of the nuclear and missile testing freeze negotiated with the United States in February.

However, given that the North’s latest satellite launch announcement comes so soon after the April failure, outside of the regular spring-summer launch window, the reasoning driving this decision is likely less technical than political.

In short, the politics have changed; the constellation of international pressures influencing decision-making in Pyongyang has evolved since April due to a unique convergence.

The US State Department issued its standard response to North Korean provocations, labelling the launch announcement as a “highly provocative act” in contravention of United Nations Security Council Resolutions 1718 and 1874.

More interesting will be the second Obama administration’s urgency in dealing with Pyongyang. As we know, Barack Obama was re-elected President of the United States on November 6. It took the incoming Obama administration several months to engage North Korea after his election in 2009, due in part to the lengthy nomination process for high officials in Washington.

While the turnover of officials will be less pronounced this time around, key figures in the US foreign policy establishment such as Secretary of State Hillary Clinton and CIA Director David Petraeus are moving on. Pyongyang will not wish to see a re-run of the 2009 policy vacuum.

In China, the new leadership team headed by President Xi Jinping will assume power in March. The Chinese Foreign Ministry greeted Pyongyang’s launch announcement with a typical call for calm, emphasising North Korea’s right to peaceful pursuit of space-based technology. Nonetheless, Beijing will wish to avoid another crisis on the Korean peninsula so early in the life of the new administration.

Japan and North Korea recently engaged in bilateral talks in Ulan Bator, beginning the overdue process of ironing out ongoing thorns in their relationship including the abduction issue, repatriation of Japanese war dead from North Korea and payment of reparations to North Korea in recompense for the Japanese occupation.

However, the Japanese election on December 16 is likely to return the Liberal Democratic Party to power, led by former Prime Minister Abe Shinzo. Abe and the LDP are more hawkish on foreign policy and likely to adopt a tougher line toward Pyongyang.

Current Prime Minister Noda Yoshihiko has threatened to shoot down the North Korean rocket should it encroach upon Japanese air space, although such a threat ring hollow as election-related posturing, coming so close to polling day.

In South Korea, the December 19 presidential poll is likely to usher in a less confrontational North Korea policy in Seoul, regardless of who wins. The election is being fought between three candidates: conservative Park Geun Hye, daughter of former authoritarian strongman Park Chung Hee, progressive candidate Moon Jae In, and independent nominee Ahn Cheol Soo.

All candidates, to varying degrees, have pledged to move away from Lee Myung Bak’s disastrous “reciprocity” policy toward greater engagement with Pyongyang.

Another rocket launch would send a strong signal from Pyongyang to its regional interlocutors to ensure that North Korea does not get overlooked amidst the bureaucratic maelstrom that usually follows changes in government.

Amid the turbulence of regional political transitions, a successful launch is likely to increase Pyongyang’s strategic and diplomatic leverage in relation to its northeast Asian neighbours.

The demonstration of a viable long-range rocket (read “nuclear weapon delivery system”) will boost the deterrence value of North Korea’s nuclear weapon capability and certainly get the attention of Northeast Asia’s distracted powers.

Benjamin Habib does not work for, consult to, own shares in or receive funding from any company or organisation that would benefit from this article, and has no relevant affiliations.