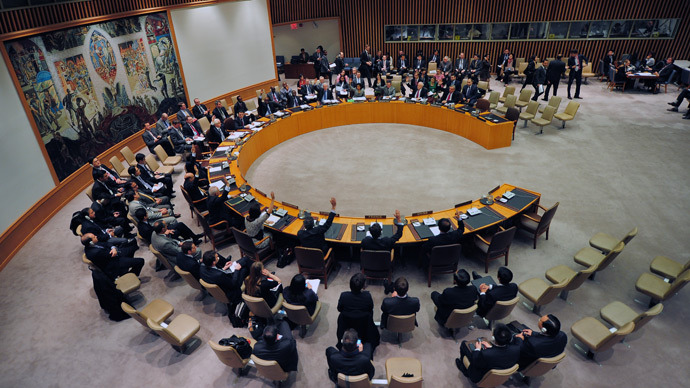 After three weeks of diplomatic negotiations, the United Nations Security Council (UNSC) this week issued UNSC Resolution 2094 in response to North Korea’s third nuclear weapons test conducted on February 12.  Like UNSC 2087 in January of this year, UNSC 2094 mandates targeted sanctions to a limited number of individuals and state-run entities, building by accretion upon the sanctions regime already directed at North Korea.

Instruments of international law, such as United Nations Security Council resolutions, tend share a common structure.  Understanding this structure helps us to separate the concrete measures contained within a resolution from the rhetoric within which those measures are framed.  By deconstructing UNSC Resolution 2094 in this way, we see a yawning gap between its lofty denuclearisation objectives and the results that its relatively weak enforcement mechanisms are likely to achieve.

The preamble of a UNSC resolution identifies the issue that the resolution addresses and articulates how UNSC members have chosen to frame that problem.  It provides a normative framework for the substantive detail of the resolution.

In the preamble of UNSC Resolution 2094 we see the DPRK framed as a rogue actor and a threat to international peace and stability because of its nuclear weapons test and continued circumvention of the sanctions regime levied against it.  The preamble also marshals the authority of previous UNSC resolutions as the foundation of a sanctions regime upon which the new resolution builds.

The objectives of UNSC Resolution 2094 are clearly articulated through Articles 2-7 of the text.  North Korea must not conduct any further ballistic missile launches, nuclear tests, or other provocations, such as the sinking of the Cheonan and Yeonpyeong-do artillery attack of 2010 (Article 2).  North Korea must retract its 2003 withdrawal from the nuclear nonproliferation treaty (Article 3) and return its nuclear program to the oversight of the NPT and International Atomic Energy Agency (IAEA) safeguards regime (Article 4).  It must engage in complete, verifiable and irreversible denuclearisation (Article 5) and abandon its other WMD and ballistic missile programs (Article 6).

These objectives lie at the heart of the denuclearisation paradigm.  The have been fundamental to Korean peninsula nuclear diplomacy since the inauguration of the Six Party Talks in 2002 and have been reiterated consistently across UNSC resolutions and negotiated agreements over this period.

UNSC Resolution 2094 becomes more illuminating as it proceeds into the articles pertaining to the definition and implementation of new sanctions.  The resolution is not so much a devastating new wave of sanctions measures against the DPRK as it is an accretion of targeted restrictions and injunctions building upon the pre-existing sanctions regime (Article 7).

The two state-owned enterprises identified in Annex II are the Second Academy of Natural Sciences, “a national-level organization responsible for research and development of the DPRK’s advanced weapons systems, including missiles and probably nuclear weapons,” and the Korea Complex Equipment Import Corporation, “a defence conglomerate specializing in acquisition for DPRK defence industries and support to that country’s military-related sales.”

Articles 15-19 of the resolution tighten restrictions on proliferation-related trade with the DPRK, relating to specific technologies used in North Korea’s nuclear, missile and chemical weapons programs.  These are identified specifically in Annex III.

The aim of these measures is to strangle the revenue streams that fund North Korea’s nuclear weapons and ballistic missile proliferation activities, along with the matériel required for their development.  If the strangulation of these programs though the sanctions regime is successful, North Korea should theoretically be forced back to the negotiating table in a weakened bargaining position, where the international community can press Pyongyang toward the denuclearisation objectives outlined above.

The annexes of UNSC 2094 identify the specific individuals, entities and goods targeted by under the resolution.  The three individuals, two state-run entities and short list of prohibited items identified here do not represent an expansive addition to the existing sanctions regime.  Much the same could be said of UNSC 2087, which levied restrictions on four officials and six state-owned enterprises from the North Korean space program and from Pyongyang’s amorphous network of network of foreign exchange banks and dummy companies, which exist to subvert international sanctions and fund North Korea’s nuclear and missile proliferation activities.

The compliance mechanisms of UNSC Resolution 2094 are to be found in Articles 26-36.  Article 26 obliges UN member states to supply information on DPRK non-compliance with the sanctions regime to the UNSC.  Articles 27-29 vest oversight of compliance with UNSC 2094 with the UNSC Committee that was established under Article 12 of UNSC Resolution 1718 (2006) to administer the obligations of that document.  Articles 30-36 emphasise the “targeted” nature of UNSC 2094 and attempts to railroad North Korea back into the Six Party Talks.

Enforcement of the sanctions regime faces three primary complications: the lack of a big punitive stick, lukewarm Chinese participation, and creative sanctions-busting by the North Koreans themselves.

Article 27 of the resolution states that the Committee can add additional North Korean citizens and entities to the sanctions list as new information on non-compliance comes to light.  That appears to be the extent of the big stick; there are no enforcement mechanisms mandated beyond this.  Here we get to the crux of the debate over the effectiveness of the sanctions regime.  The enforcement mechanisms are simply not strong enough to achieve the denuclearisation objectives that have been consistently enunciated in UNSC resolutions across the sanctions regime.

For its own strategic reasons including the preservation of a buffer zone between US forces in South Korea and the Chinese frontier and fear of the destabilising effects of North Korean state collapse, the Chinese government exerts a moderating influence on UNSC resolutions aimed at the DPRK and taken a relaxed attitude to enforcement.

However, there is a growing displeasure with North Korea within Chinese foreign policy circles, of which Beijing’s endorsement of UNSC 2094 is an indication.  Nonetheless, the Chinese response has been true to form.  Chinese Foreign Ministry spokesperson Hua Chunying stated in a press briefing prior to the release of UNSC 2094, “the reaction should be prudent and moderate.”  In response to UNSC 2094, spokesman Qin Gang reinforced this point, stating that “China supports the UN Security Council’s necessary and moderate response to the nuclear test of the Democratic People’s Republic of Korea (DPRK).”

These obstacles to strong blanket enforcement are compounded by the creativity of the North Korean government in subverting the sanctions regime.  Kim Kwang Jin, a North Korean defector and former fund manager for the National East Asia Bank operated out of the Korean Workers’ Party Organization Guidance Department, has made sensational claims about Kim regime sanctions-busting financed by systematic international insurance fraud.  Kim claims that in 2011, his bank alone handled several hundreds of millions of dollars a year in income from weapons sales.  If Kim’s claims are accurate, they highlight the just how wide the chasm has grown between the objectives and the results of the sanctions regime.

Nor has it served as an effective punishment for Pyongyang’s periodic provocations.  The US State Department’s press release on UNSC 2094 argues that:

“These strong sanctions—in addition to the commitment to take additional measures in the event of a further launch or nuclear test—demonstrate to North Korea that there are real costs for its continued violations of its international obligations.”

Evidently the costs imposed thus far have not been severe enough to be behaviour-altering.  Punishments are ineffective if they inflict insufficient pain to deter further belligerent behaviour.  The Banco Delta Asia case from 2005-2006 is instructive here; the asset freeze levied on the Macao-based bank Banco Delta Asia did place financial pressure on the Kim regime, however this led inexorably to North Korea’s first nuclear test in October 2006, after which the asset freeze was lifted.  Although North Korea ultimately returned to the Six Party Talks, the asset freeze led to increased North Korean belligerency and a diminution of the negotiating leverage that the sanctions were intended to build.

In summary, UNSC 2094 highlights the complicated nature of the DPRK nuclear proliferation issue, a foreign policy problem for which there appear to be no satisfactory solutions.  A paradigm shift from denuclearisation to the management of a nuclear North Korea appears to be underway.

There are many valid reasons to resist such a paradigm shift.  To abandon denuclearisation and acknowledge North Korea as a nuclear weapons power risks the nuclear cascade scenario, which should it come to pass would illustrate the limitations of American strategic leverage in Northeast Asia and expose Washington’s Asia Pivot as superficial.

Such is the gravity of potential consequences, which the gap between denuclearisation objectives embodied in over a decade of UNSC resolutions and their relatively weak enforcement mechanisms amply serves to illustrate.