Climate change is a strategic wildcard that will increasingly shape Asia-Pacific international relations over the coming decades. Climate change is a unique strategic threat.  Climate change impacts are not analogous to military threats or invading armies, which are essentially interactions between human actors.  Because human societies are nested within and dependent on the natural world, the strategic threat derives from the changes manifesting across that environmental foundation and therefore has the potential to impact on every facet of human affairs.

Economies are social constructions of human societies, which are inevitably themselves nested within and dependent on the natural world.

We can therefore think of climate change as a threat multiplier, capable of exacerbating pre-existing socio-economic and political weaknesses within states and in so doing, altering the dynamics of relationships between states. In this lecture, delivered to second and third year undergraduate students studying my subject Contemporary Politics in the Asia-Pacific Region, I explore the threat multiplier effect of climate change through the concepts of climate change vulnerability and adaptive capacity, in the context of the Asia-Pacific region. The lecture identifies at-risk states in the region, arguing that regional countries are highly vulnerable to climate change impacts in addition to significant pre-existing socio-economic weaknesses.  I see an increasing probability of heightened risk of strategic shocks in the future, though I do not discount the possibility of increased cooperation if states can build on their common interests in climate change mitigation and adaptation.

Lecture Audio: Climate Change as a Threat Multiplier in the Asia-Pacific.mp3 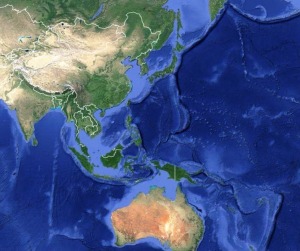