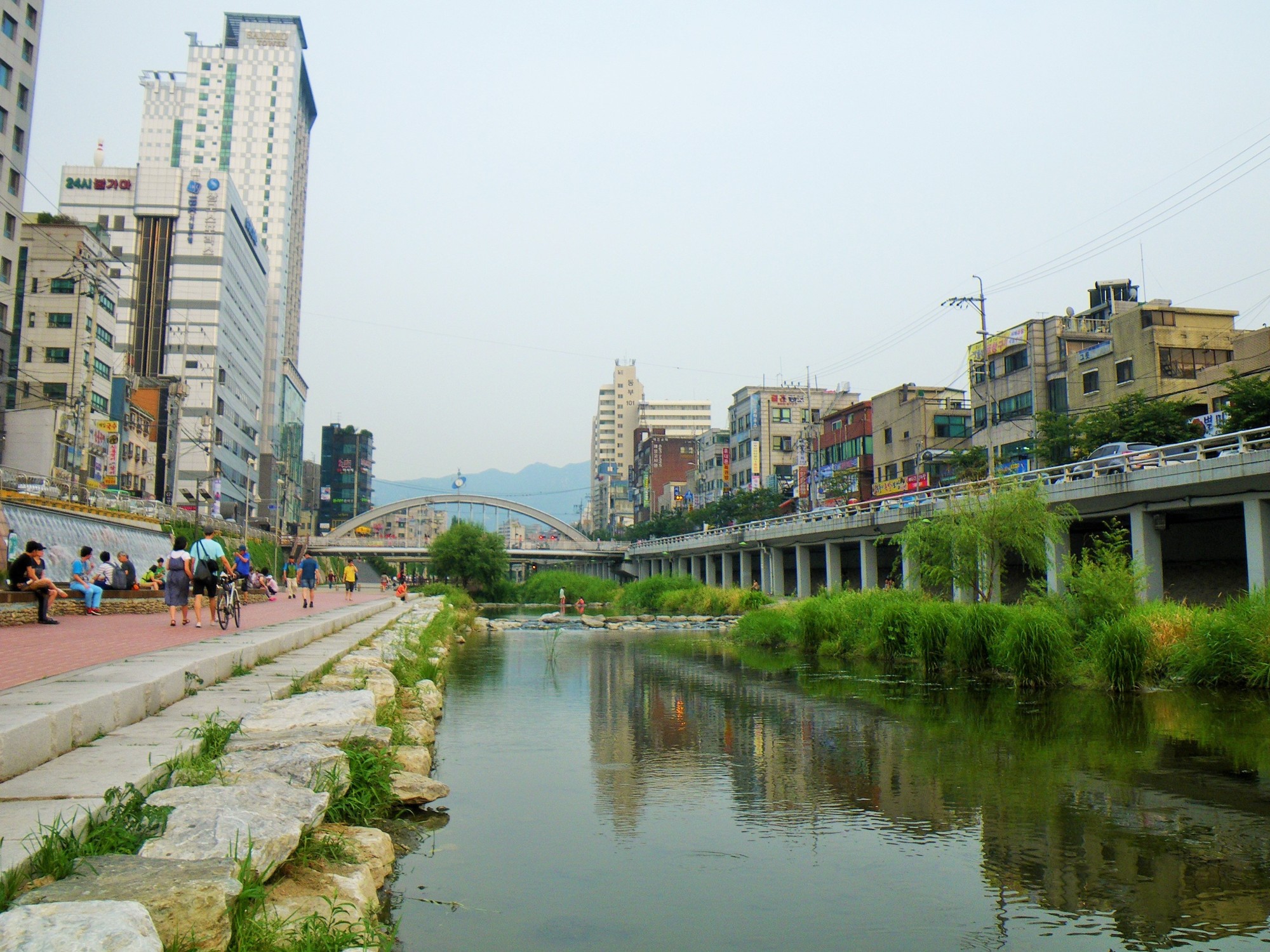 There are some magical green spaces across the metropolitan area of Seoul.  These shoots of green temper the brutality of concrete and steel in the city’s urban environment.  While the FC Seoul football club might claim to the “Soul of Seoul,” these green spaces really are.

The worth of urban green spaces is not just aesthetic, as they also have great social, economic and environmental value as social hubs, centres of human health and recreation, biodiversity corridors within the cityscape, and water catchment.  For more on the value of urban green spaces, see my interview with Julie Hind and Ali Mitchell from Friends of Willow Park in Albury-Wodonga.

The Seoul Metropolitan Government has done a good job over the last fifteen years of re-greening the city, which has had a noticeable impact on the air quality of the city and its general livability.  Cheonggyecheon River is an example of this good work; formerly a drain covered by a freeway, Cheonggyecheon is now a beautiful rehabilitated creek and green strip running from downtown to the Jungnangcheon River and ultimately the Han River.

My new favourite place in the city is Seoul Forest.  Reclaimed from an old horse racing track at the junction of the Han River and Jungnangcheon, Seoul Forest features wooded areas, a wetland, community vegetable garden, apple orchard, play spaces for children, art installations and education facilities, among other things.  Thank you to Kango Lee from Seoul Green Trust for his presentation on Seoul Forest and the many other activities of SGT, Jinkyoung Choi for coordinating my visit and all of the Seoul Green Trust and Seoul Forest team for their hospitality.

I also enjoyed the magnificent gardens of World Cup Park, adjacent to the Seoul World Cup Stadium, along with strolls through Hangang Park and a Saturday evening with friends in the Banpo River Park on the southern bank of the Han River.  Of course Seoul is also ringed by a number of forested mountains that are spectacular in summertime and provide a welcome relief from the bustle and heat of the city streets.

This photo diary documents some of my wanderings through these green jewels of Seoul’s urban environment.  Lucky for me, there are many more green spaces in Seoul that I haven’t yet explored…

This work is licensed under a Creative Commons Attribution-NonCommercial-NoDerivatives 4.0 International License.